Mackinac State Historic Parks (MSHP) representatives invited Future Media Corporation to help develop the feasibility and logistics to produce an immersive multimedia presentation for use in a new rowhouse theater inside Fort Michilimackinac, to commemorate the 250th anniversary of the 1763 Ojibwe (Chippewa) attack on British soldiers, traders and family members at Fort Michilimackinac. In August 2012 we went on location to Fort Michilimackinac (in Mackinaw City, Michigan) to record reenactments of the attack and related historical events. In January 2013, we produced green screen scenes on our sound stage in Okemos MI. Working closely with MSHP, we assembled the video elements, added graphic treatments, mapped animation and motion to several images, and completed ADR (replacement dialog) and custom SFX.

We also supplied MSHP vendors to: provide the complicated hardware and software that control the show; to sew a customized dual-layer 22′ x 8′ scrim onto which the presentation is projected; and to mix the 7.1 surround soundtrack in the specially-built Fort Michilimackinac theater. The theater also includes a period stone fireplace – log rowhouse setting behind the scrim that is visible during projection of the green screen scenes, in effect, placing them in that physical setting.

Future Media Corporation also coordinated installation and programming of a sophisticated system that controls two projectors, audio, house and special effects lighting, and a promotional video that runs between shows and displays a countdown clock for visitors waiting to enter the theater. This one-of-kind project, which opened to rave reviews in June 2013, plays three times per hour in season. 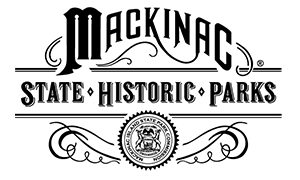 “We had over 200 guests at the dedication, and the word of mouth for the show was extremely positive.” 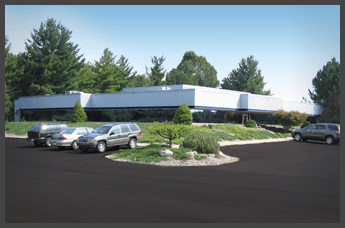